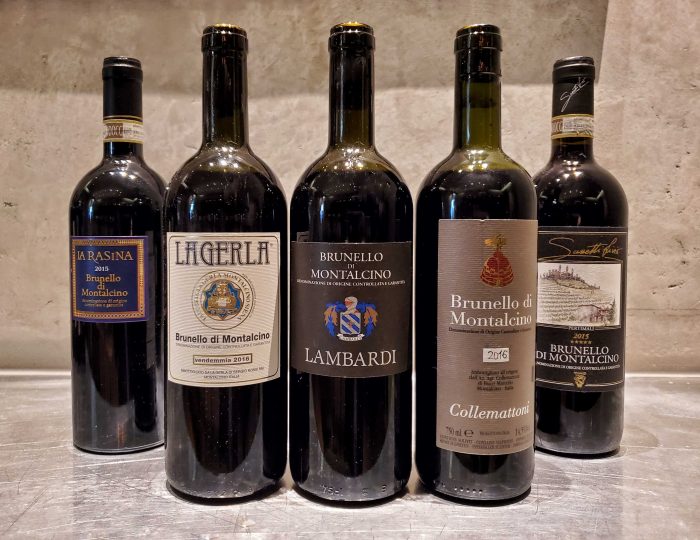 Just a few of the outstanding wines available as part of our ‘Bellissimo Brunello’ promotion. Scroll down for the full list of 50 wines.

From Friday Jan 15 2021, we will be running an amazing promotion in addition to our Great Wines of the World Tasting Ticket offer. ‘Bellissimo Brunello’ will include 50 Brunellos with a couple dozen from the great 2016 and 2015 vintages as well as 2013, 2012 and 2010. This is a rare opportunity to taste the new and highly touted vintage of 2016 for Brunello that was just released on the market this month.

And you can compare your own thoughts against James’ – he still believes that 2015 may have the edge for the best quality compared to 2016.

It’s also an even rarer chance to taste 10 highly rated Brunellos from 2010, which was the best vintage ever until 2015 and 2016 came along. This is a great chance to learn about Italy’s most famous premium red wine and compare some of the best ever bottles by vintage and producer.

It’s HK$888 for two hours of tasting. Wines are served as tasting portions. See the full list of wines below and click to enlarge. 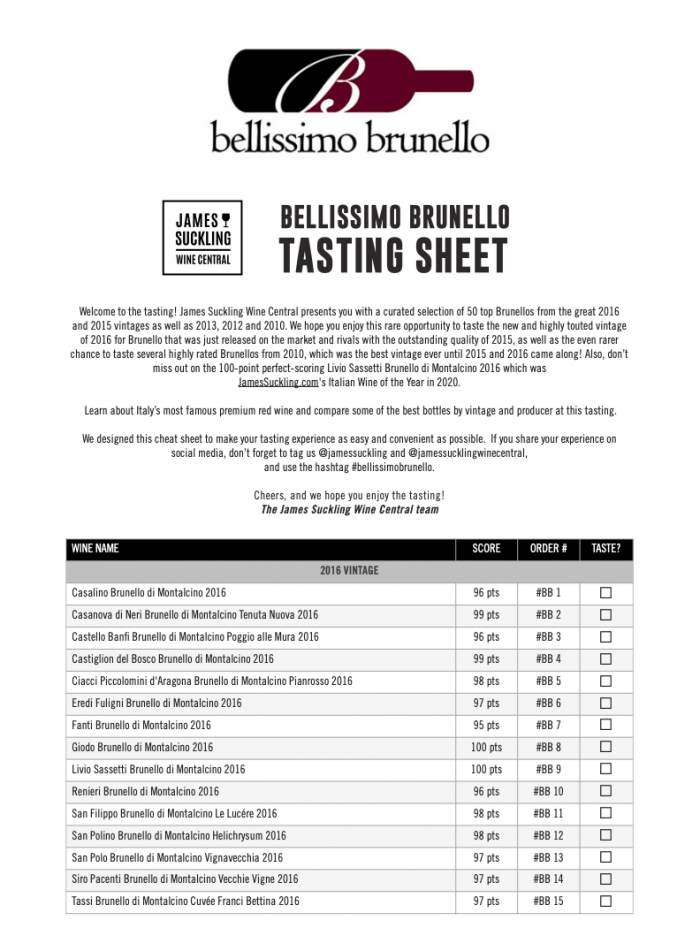